I love Fall. Long shadows, crisp mornings, and bountiful harvests, it is by far my favorite time of year.

Coincidentally, I also love hot sauce. It is at the top of my ever-growing list of food obsessions. A simple dash of hot sauce and elevate the most basic meal to extraordinary new heights.

Needless to say, I was more than excited to get the chance to partner with Cholula Hot Sauce to create a recipe that marries two of my favorite things.

I am not exaggerating when I say I have a bottle of Cholula in my fridge at all times. I put it on everything (call me crazy, but I especially love it with roasted breadfruit).

What I really like about Cholula is that it brings a lot more than just heat. Its rich and complex flavor makes it a versatile ingredient that can be used in all kinds of dishes. I use it in this recipe to create some instant turkey sausage that pairs incredibly well with the sweetness of roasted butternut squash and sautéed apples. The result is an effortless Sweet and Spicy Autumn Skillet that works for breakfast, lunch, or dinner.

Start by placing a large cast iron skillet in a cold oven. Preheat it to 400°F.

Peel and cube a small butternut squash, reserving the seeds. Toss the squash with two tablespoons of melted ghee and a pinch of salt and pepper.

Add the squash to the skillet and roast for about 20 minutes until it is just tender, stirring occasionally.

This is a completely optional step, but I like to toast the squash seeds to add a little crunch to dish. Once the squash is tender, remove the the skillet from the oven and lower the temperature to 350°F. Toss the seeds with a little ghee and spread them on a parchment lined baking sheet. Toast for 10-12 minutes until golden brown.

Prep the rest of your veggies while the squash is roasting. Peel and cube two apples and trim and slice a large leek, making sure to rinse between those layers well.

Next make some instant turkey sausage by simply combining a pound of ground turkey with two tablespoons of Cholula, cinnamon, fresh sage, and some salt and pepper.

Once you remove the squash from the oven, transfer it to a bowl. Place the skillet on the stove top and bring to medium-high heat. Add the turkey and brown it until no longer pink, about 7-8 minutes.

Add the apples and leeks and cook until they are tender, about 5 minutes.

Add the squash back into the skillet and pour in 1/2 cup of chicken stock. Simmer for about 5 minutes, gently stirring, until it is incorporated and mostly evaporated.

Garnish with the toasted squash seeds and serve with a healthy amount of Cholula (don’t be shy, it only enhances the flavor of the dish). Enjoy! 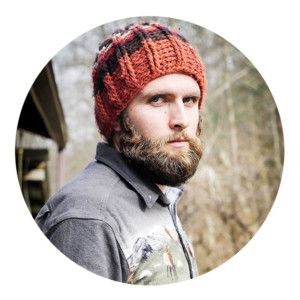